I wish they would let me kill Johnny Gat. I fucking hate that douchebag.

Finally picked this up.

Spent 2 hours making my character look like an obese balding man in glasses with a 5'oclock shadow :jay:

Aristotle wrote:i'm just being argumentative. however, i actually do prefer the sony because of god of war, metal gear, little big planet, and gran tourismo. the only downside for me would be fable II. i loved the first one. oh, and halo. great game.

of course being that i don't own either of them, i'm just a magazine racer.

A) fanboyism in either direction is seriously gay
B) the majority of the games i give any shits about are on the PS3
C) blu-ray player
D) i coludn't care less about the online community xbox has because most of the people online on that community are loathsome individuals.
E) the controller could be better, but i'm used to it. why do systems have to keep changing them, anyway? you have to learn entirely new button schemes.

AND i got mine for FREE. won it at a bar. a reward for my drinking!

i still want a ps3, though. i'm just not going to pay for one.

i still want a ps3, though. i'm just not going to pay for one.

I'm in this boat. With Aris. 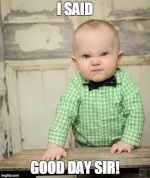